As the maker of children’s costumes based on traditional stories, I wanted to talk about the value of storytelling. Why are these stories usually the first we learn at school and what do they teach us?

Storytelling is a powerful art and we’ve been telling them for miliennia. We all, adults and children alike, have an innate love of stories and the magic, awe and wonder they create.

As well as providing enjoyment and entertainment, they were cautionary tales about life and survival. They provided us with lessons, values and an introduction to critical thinking – discussing what’s right and wrong.

Learning to build and enjoy stories: Traditional stories are ideal for teaching children the conventions of story writing. There’s a complete story structure within a relatively short and ‘child friendly’ length.

They have a beginning, middle and end with clear story openers, such as, ‘once upon a time’ and endings ‘happily ever after’.

They have well defined settings, ‘good’ and ‘bad’ characters and plots – often a problem and solution.

Traditional stories provide children with an understanding of the rhythm of a story. This, in turn, supports a child’s ability to understand story structure and sequencing and enjoy other stories.

These stories help build vocabulary with their rich, colourful and figurative language. This ‘story’ language offers children an opportunity to experiment with words they might not ordinarily use.

Traditional stories are also perfect for children to retell in their own words and create their own versions. Firstly, there is no ‘one’ version of these stories. They began as those told around the fire, passed down from generation to generation, through speech rather than writing.

They were not set in stone and changed over the years. By the time the likes of Charles Perrault, in France, in the 1600s and later on the Brothers Grimm, in Germany, in 1800s, collected these stories and wrote them down, there were often numerous versions of each one.

Secondly, the simplistic narrative and underdeveloped characters provide us with gaps. We can fill in these gaps ourselves, with our own thoughts and ideas. The possibilities are endless!

Nurturing imagination and creativity: Traditional stories nourish our imaginations and nurture our creativity. Anything and everything is possible! They are full of humans, talking animals, elves, giants, trolls, fairies, wicked stepmothers, the list goes on.

They are set in enchanted forests and magical kingdoms. Characters live in gingerbread houses or under bridges, climb tall beanstalks and grow giant vegetables!

This gives children the freedom to conjure up all kinds of characters and adventures, from the familiar to the fantastical. 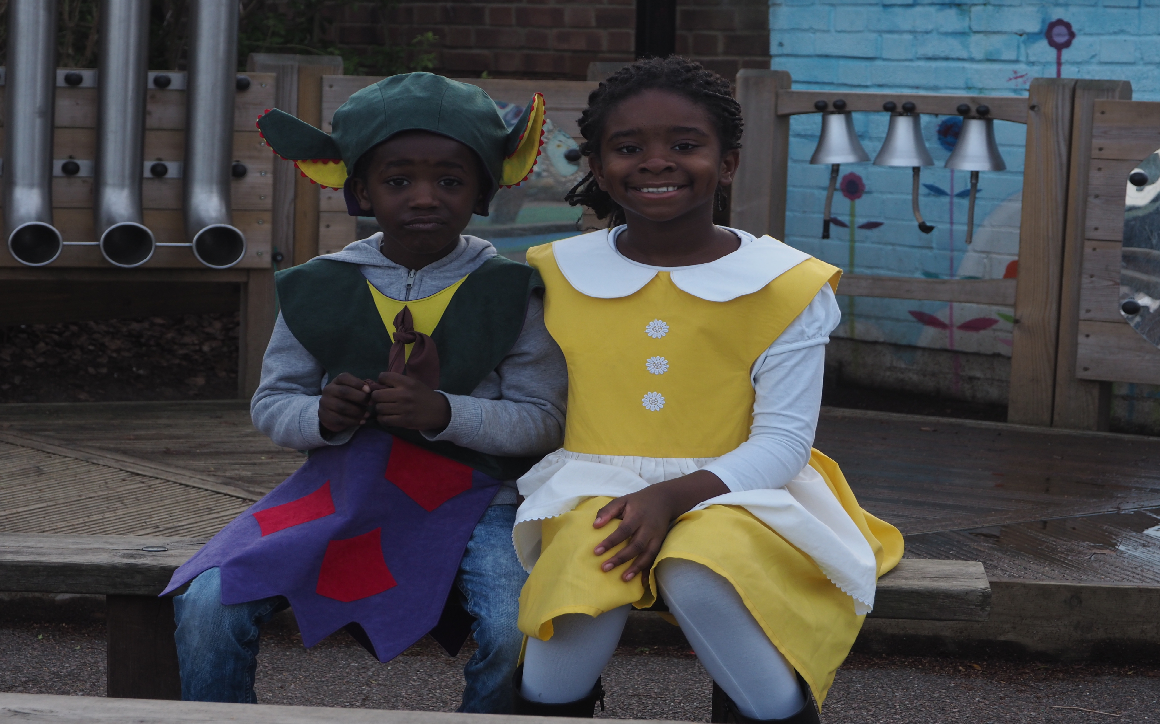 Developing emotions and moral compass: Traditional stories introduce children to difficult emotions, such as fear and grief. They can see bad things do happen to everyone but within a safe, comfortable (fantastical) environment.

Children can identify with the feelings experienced by the characters, secure in the knowledge that this isn’t the real world.  This detachment from reality makes things less scary.

Traditional story structures are formulaic. There is consistency and certainty in the simple, black and white, good versus bad, ‘problem and solution’ narrative, which is comforting to children.

The smaller and weaker ‘good’ characters, many of them also children, show courage and guile in triumphing over adversity in a world of bigger and stronger ‘bad’ characters (giants, evil stepmother or cunning wolf).

Even when the main ‘good’ character is experiencing difficulty, children feel confident that everything will work out well in the end.

These stories also contain life lessons. They can provide an opportunity to introduce critical thinking skills.

Characters have to make choices throughout the stories. It might be selling a cow for magic beans rather than money or building a house out of straw rather than bricks. It could be wandering off to pick flowers when you’ve been told to stay on the woodland path!

Discussing these choices and their consequences enables children to think about the rights and wrongs, again, from a safe distance.

Traditional stories stay with us even as adults; there’s something comforting about their familiarity and creativity, the fact that we pass them down through the generations and that everything ends ‘happily ever after’.

Previous Article What are the Benefits of Imaginative Play?
Share This
Next Article What makes a good Children's Costume?
PRESS ESC TO CLOSE